[Doctor Who Paper Dolls is out next week. I've written captions to Ben Morris' illustrations and there are cosplay tips by Christel Dee. We delivered the book before this year's episodes were broadcast so Ben based the paper doll of new companion Bill Potts on what she wore in mini-episode Friend from the Future (2016) and on the few publicity images available.

In February, I sent Ben's illustrations to costume designer Hayley Nebauer who then talked me through them. Thanks to Hayley for speaking to me then and for permission to post a transcript of our conversation now.]


The distinctive multicoloured vest-top. Is that shop-bought or one you made?
That one is shop-bought from Top Shop but we customised it and made a few changes. I raised the height of the back of it and added another panel in between the straps. Normally it would finish flat across the back in a horizontal line. I added an additional rectangular piece in between the shoulder straps to raise the back because in the episode they get these little smiley face badges that stick to their backs and say what mood they have. We needed that to sit high between the shoulder blades, on the same position for every single character. With her top finishing lower, that wasn't achievable. We put another panel in to raise the back level, so this little badge would adhere to that position. It was also a body suit and we cut it off and made it into a top – but you can't really tell that from the shot of it. That's for episode 2.

Is the idea of the vest top because it was filmed out in Valencia, where it was hot?
Well, episode 1 covers a 12-month period, story-wise. She has costume changes and we see her go through all the seasons, but we didn't really see her in anything very summery. In the episode, it's meant to be a very warm planet – in episode 2 she goes to a planet where there are two suns. She arrives there in her jacket and I just liked the idea of having her in something that was young and summery and colourful, to get that sense of fun into it because she's awed and wowed at where she's going and all the things she's seeing. So I wanted to make it youthful and not too serious. I thought that was summery and colourful and did that.

What's that she's got in her hair?
It's a vintage scarf, a little printed silk scarf tied in her hair. That came from the make-up designer [Barbara Southcott], who found that and put it in.

I assume the trainers are because she does a lot of running.
Yeah. Also casualwear, something that's appropriate for who she is as a character. She wears a lot of casual footwear. She has different types of trainers but quite a lot of them in the show. Just keeping it young.

On the yellow-coat costume, is she wearing jeans?
Yeah, a pair of jeans with a little contrast stripe down the side in a slightly darker shade of denim. She wears that yellow jacket in two episodes – in episode 1 and episode 8. She wears it with different jeans in each one; the blue ones are in episode 1 and black ones in episode 8. The yellow puffer jacket we found in a vintage shop. Again, it was good for her to have for the wintry scenes in the episodes but keeping it bright and fun and optimistic – like her character.

Did you go shopping with Pearl?
That one [the rainbow vest] I found on my own. Really the only time we've been shopping together was once, two days before we shot the promo, A Friend from the Future.


Does Pearl have input into what she wears?
If she doesn't like something, she's quite clear about articulating that. I suppose the challenge we have is that I get the scripts a long way in advance of an episode whereas the cast don’t get the scripts until much closer to when we shoot it. Often the cast don't like to do the costume fittings until they know what the episode is so they can understand the context of things, which makes sense, but quite often I have to have the costumes in place by then. So while I do like it to be a collaboration and for them to have a say, sometimes we need enough time to get everything ready and by the time they have the scripts and have a say there's not much room to manoeuvre. So if ever I can take their opinions on board and it makes sense – some of them have great ideas that make sense for the character because they're thinking about things slightly differently to me – if we can take those ideas on board and work together, the collaboration is always better. But it always comes down to time. It's never that they bring pieces and say, 'Hey, I'd like to wear this.' Sometimes I might bring in three different things and they'll say how they feel about them and we'll work on it together. There is compromise and wiggle room.

I know from previous scripts that it's rare Steven Moffat is specific about what people are wearing. But did you get cues from him about how Pearl should dress?
Not so much, he's not so invested with what the ladies wear. I think if it comes down to it being a monster character he has a particular vision sometimes for how they look. With the Doctor, he has particular ideas on that, too. It just varies from script to script. Like anyone, there are some things that he really feels strongly about and other things feel less important to him. He lets his opinion be known any time that something is important to him. Of course, I always take it on board. It's Steven. It's his baby.
12th doctor 2010s books companions costume crew merchandise 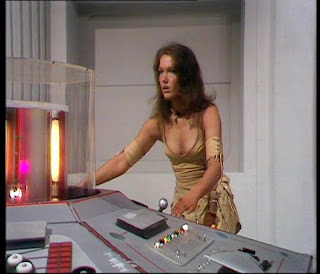 LOUISE JAMESON The Doctor and Leela are now reunited in a series of Doctor Who audio productions for Big Finish. For the actress who played one of the series' most distinctive companions it's a welcome opportunity for a fresh start... [Published in Doctor Who 50 Years Issue 2 The Companions (Panini UK Ltd, August 2013), pp.56-9. Posted here by kind permission of DWM editor Tom Spilsbury.] "How do I say this?" muses Louise Jameson, who played the Fourth Doctor's companion Leela in 1977 and 1978. "I adore Tom Baker now. I want that to come across in what you put. But at the time, on the show, he behaved very badly towards me and I was very unhappy." This is surprising given that Leela was perhaps the toughest companion ever to travel in the TARDIS. A fearless warrior from a savage tribe in the far future, she loved to fight the Doctor's enemies and even, sometimes, kill. Indeed, she was named after a terrorist who'd been in the ne 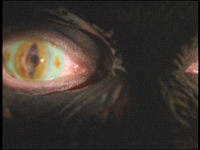 SNAKE EYES! He might have had a 'blink and you'll miss it appearance in the TV Movie, but Gordon Tipple really was a bona-fide incarnation of the Master... [Published in Doctor Who Magazine #497 (Panini UK Ltd, April 2016), pp. 42-43. Posted here by kind permission of DWM editor Tom Spilsbury.] “I 'm probably going to get in trouble for this,” admits Canadian actor Gordon Tipple, “but I’m not a huge Doctor Who fan.” So when in early 1996 he was first offered the part of 'The Old Master', exterminated in the opening scene of the Doctor Who TV Movie, did he know what he was letting himself in for? “Oh, I was certainly familiar with the series and how it had been around for a long time. Going way back to my childhood in the 1960s and collecting monster magazines and stuff like that, I remember articles about Doctor Who and pictures of the Daleks. We couldn’t watch it in Canada then, but we knew about it.” Born in 1953, Gordon grew up in London,